Daynah Charlow is a junior Music Education major at Middle Tennessee State University. She grew up in The Bahamas and moved to Knoxville Tennessee her junior year of high school, were she attended Bearden High School. During her last year of high school, she participated in All East Tennessee Red Band, and Knox County Honor Band. Daynah currently plays in the MTSU Symphonic Band and acts as Assistant Flute Section Leader of the Band of Blue. 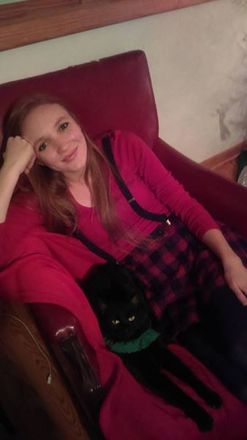 Jane Adele (Janadel) Scott  is from Lawrenceburg, Tennessee and graduated from Lawrence County High School in 2011.  There she played flute and piccolo in her school marching band, the Big Gold Machine, and was section leader her senior year.  She studied general subjects and private instruction flute with Sarah Beth Hanson at the University of Tennessee at Martin for one year.  Afterward she attended Columbia State Community College where she received her associate degree of fine arts with an emphasis in music.  She has studied flute with Rebecca Murphy on and off for the past five years, both in private lessons and now in private instruction for with the university.  She is currently in her fourth semester at MTSU and is a composition major, studying with Dr. Paul Osterfield in the composition studio.  Last semester she studied composition with Dr. Yoomi Paick where she did the majority of her work on her first composition, A Dying Snail, a five movement character piece depicting the narrative of a snail that dies and comes back to life.  It is to be performed this October in Hinton Hall as part of the composition studio student recital. 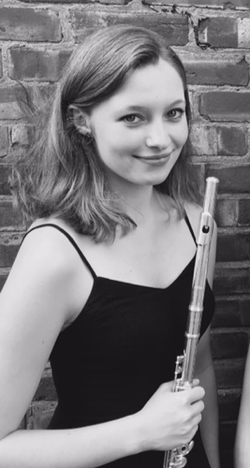 Alice Judy is currently a junior at Middle Tennessee State University pursuing a BM in Flute Performance and a BS in Psychology. Her primary flute instructors include Donald Gottlieb and Deanna Little. In her collegiate career, Alice has performed in the MTSU Symphonic Band, Wind Ensemble, Symphony Orchestra, and Flute Choir. Alice is also a founding and performing member of the Perfect Fifth wind quintet. She was selected in 2017 and 2018 to perform at the National Flute Association convention in the Collegiate Flute Choir. A Kentucky native, Alice is a 2015 alumnus of the Kentucky Governor’s School for the Arts and a 2016 graduate of Louisville’s Youth Performing Arts School. She has performed in masterclasses for Tabitha Easley, Tim Hagen, Nicole Riner, Ai Goldsmith, Bart Feller, and William Bennett.